In the Swedish village of Naimakka, for the first time in 30 years, almost 44 degrees of frost were recorded 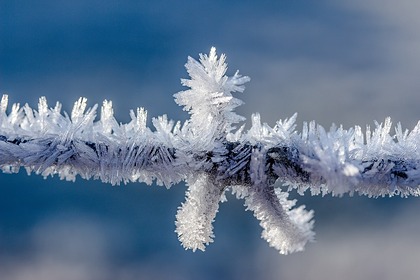 The Swedish village of Naimakka on Monday, December 6, for the first time in 30 years, set a temperature record, the thermometers showed minus 43.8 degrees there, writes The Local Sweden.

As explained by the forecaster of the Swedish Institute of Hydrology and Meteorology (SMHI) Emma Harenstam, at noon they recorded the values ​​at level of minus 42.7 degrees. In the afternoon, the temperature dropped to almost 44 degrees below zero. Forecasters do not exclude that on Tuesday, December 7, it will continue to fall and break new records. Naimakka will be warmer on Wednesday like the rest of Sweden.

Naimakka is one of the coldest places in Sweden in winter. The village is located right on the border, in the north of the country, and can only be reached through Finland. There are only two people living in the village. In the north of Sweden, for safety reasons, the movement of trains was suspended.

Earlier, Russians were warned about abnormally “severe weather” in a number of regions. So, in the Murmansk region and Karelia it will be minus 17-22 degrees, and in the Vologda region – up to minus 29 degrees. In the Leningrad Region, the thermometer will drop to minus 14-19 degrees.