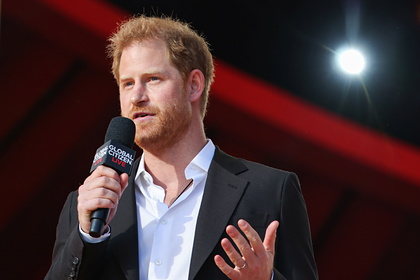 on mental health, advised her to quit and was criticized. He announced this in an interview with Fast Company magazine.

Prince Harry and Meghan Markle first spoke about the crisis in the royal family Racism, bullying and loneliness: what the couple spoke about the problems at Buckingham Palace charitable contributions, and also conducts public speaking on the importance of caring for mental health.

In an interview, Prince Harry noted that unloved work negatively affects a person's mental health. He added that one should not put a career above peace of mind, and advised him to quit a job that does not bring satisfaction. “A lot of people around the world have been stuck in jobs that didn't bring them joy and now prioritize their mental health and happiness. This is the most important thing, “he said.

The Duke's words were criticized – he was accused of being too disconnected from real life and not having enough experience to give such advice. “Prince Harry has always lived on everything ready and has not really worked for two years, but already considers himself a career guru” – noted in the material of the Australian news portal News.com.

Earlier it was reported that the real reason Prince Harry and Meghan Markle's move to the United States is revealed in Brothers and Wives: The Private Lives of William, Kate, Harry and Meghan, which was released on November 30. Its author Christopher Anderson claimed that Harry and Meghan were outraged by the choice of photographs on the Queen's desk.