“Kommersant”: pig breeders of the Russian Federation recorded a sharp drop in meat prices to 96.8 rubles. per kg of live pigs 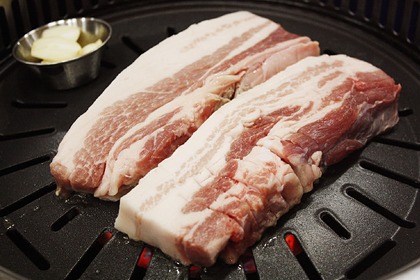 demand. This is reported by Kommersant.

Heifers on the way out. The domination of cows in agriculture is coming to an end. How will goats replace them and why is it profitable? 00:02 – June 23 Why may food prices rise because of this?

NSS General Director Yuri Kovalev noted that after the end of the barbecue season, the demand for pork fell, and in the fourth quarter, an increase in supply began to put pressure on the market. According to the Ministry of Agriculture, pork production increased by 0.9 percent in January-October.

The decrease in prices was also confirmed by the largest producer, the agro-industrial holding Miratorg. Due to the fact that supply exceeds demand, prices for cuts in the next quarter may lose another 15-20 percent in price. Currently, in the wholesale trade, a ham costs 225 rubles per kilogram, a shoulder – 215 rubles.

Head of the National Meat Association Sergei Yushin added that at present the price of pork for some producers has fallen below the cost price. He predicted an increase in prices before the New Year holidays, but at the beginning of 2022 predicted a new decline for the market.

According to NSS forecasts, in 2022, average pork prices will fall below the current year. The situation with a reduction in the price of this type of meat is also confirmed by the Ministry of Agriculture.

Earlier it became known that the Subcommittee on Tariff Regulation supported the proposal of the Ministry of Agriculture of Russia on duty-free import of pork and beef from abroad from January 1, 2022, in order to stop the growth prices. The quota for the first product will be valid for six months, for the second – for a year.