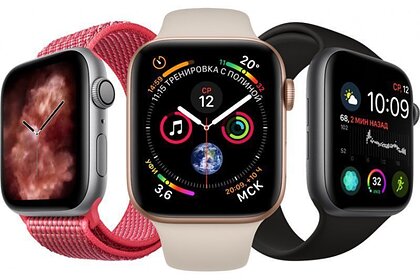 Apple is working on a global update to its smartwatch line. This is reported by MacRumors.

Journalists refer to the Power On newsletter from Bloomberg author Mark Gurman. The specialist noted that in 2022 the American company will release two updated versions of the device – the flagship Apple Watch 8 and the budget Apple Watch SE.

The gourmet did not specify what new functions the watch will receive. However, at the same time, the journalist revealed data that the company intends to present a completely new smart watch. The device will be aimed at athletes and lovers of an active lifestyle – the gadget will receive a body protected from physical impact. “They will be more resistant to scratches, dents, drops,” – said the author.

Apple Watch SE is a simplified version of Apple Watch 6, which was released in 2020. The device differs from the flagship wearable device in the absence of an always-on display function, an option for measuring blood oxygen levels and an ECG.

In October, the famous insider Ross Young said that in 2022 Apple will release three versions of its flagship smart watch. In particular, the specialist predicted the appearance of watches with a more durable case for athletes.