For the first time in 11 years, Angela Merkel was not included in the list of the most influential women of Forbes magazine 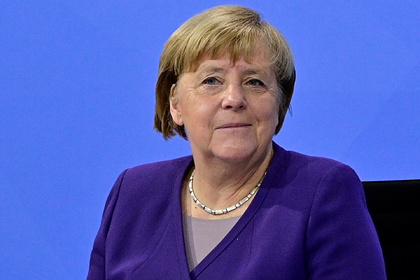 Former German Chancellor Angela Merkel was not included in the list of the most influential women in the world according to Forbes magazine. This is evidenced by the rating published on the website of the publication.

Prior to that, for 10 years in a row, she topped the rating, but dropped out of it after leaving politics. At the same time, other leaders were included in the list of influential women – for example, Danish Prime Minister Mette Frederiksen and the head of the European Commission Ursula von der Leyen.

In 2021, the list was headed by the writer Mackenzie Scott, the ex-wife of Amazon founder Jeff Bezos. p>

German Chancellor Angela Mergel will resign on December 8 after the election of the leader of the Social Democratic Party of Germany Olaf Scholz as the new chancellor.

On December 2, a solemn ceremony of the army's farewell to the current Chancellor Angela Merkel was held. 200 people were invited to the ceremony – all 52 federal ministers during her reign and other associates. Throughout the day, the military band rehearsed Merkel's favorite musical compositions, which, according to tradition, she herself chose for the event.