Ushakov: Biden mentioned sanctions in a more acceptable form during his talks with Putin 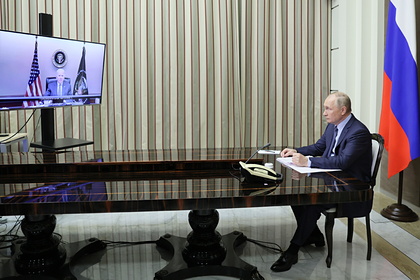 US President Joe Biden during online talks with Russian leader Vladimir Putin has toned down his rhetoric on possible sanctions against Russia. This was told by the assistant to the head of Russia, Yuri Ushakov, reports TASS.

According to him, during the conversation Biden mentioned restrictive measures in a more acceptable form than was done earlier in various public statements.

< p> Prior to this, the White House listed the main topics that were raised during the online talks between the presidents of Russia and the United States. Washington indicated that Biden voiced the concern of the United States and European allies with the build-up of Russian forces near the borders of Ukraine.

The meeting was held via a special video link. The Kremlin said that this line was created during the previous administrations, but today it is being used for the first time. The first footage of the politicians' communication was shown to the journalists, but then the meeting was held in a closed format. The presidents' current contact is the fifth since Biden took office.