RT: 45-year-old Glazov, who arranged the shooting at the MFC in southeastern Moscow, served in the SVR 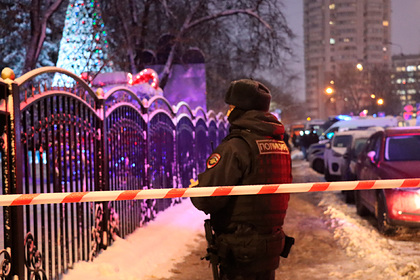 45-year-old Sergey Glazov, who arranged shooting in the multifunctional center (MFC) in the southeast of Moscow, served in the Foreign Intelligence Service (SVR). RT reports this with reference to a source in its Telegram channel.

At the same time, according to TASS and Mash, Glazov is a former army lieutenant colonel.

Earlier it was reported that Glazov was delivered to interrogation to the investigator, however, he cannot yet testify, since he is in an inadequate state.

The shooting at the MFC on 1st Novokuzminskaya Street became known on Tuesday, December 7. According to preliminary data, Glazov came into conflict with the center guard over a mask, and then took out a weapon and opened fire. According to the latest information provided by the Deputy Mayor of Moscow Anastasia Rakova, as a result of the incident, two people died, four, including a 10-year-old child, were injured.