Former Prime Minister of Ukraine Yekhanurov: The United States sees in us only an outpost on the border with Russia 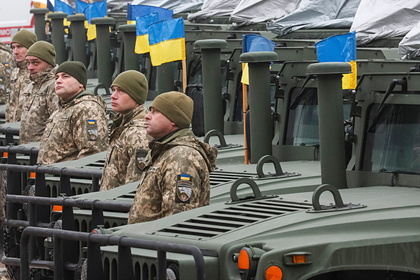 Former Prime Minister of Ukraine Yury Yekhanurov is on the air the TV channel “NASH” revealed the true reasons why the United States is interested in good relations with Kiev. In his opinion, the United States wants to see Ukraine only as an outpost on the border with aggressive Russians.

“Russia sets a goal for Ukraine to be an autonomous republic of Russia. The US wants to see Ukraine as a NATO outpost on the border with aggressive Russians. I think that from NATO's point of view, this is not the main problem, they are now more concerned about the Pacific Ocean and therefore they are building a new alliance there. To tell the truth, nobody pity Ukraine, only we need Ukraine, “the ex-prime minister said.

He believes that Washington and Moscow want to make Ukraine a field for sorting out relations. Speaking about the possibility of joining NATO, Yekhanurov said that the country definitely needs to cooperate with the alliance, but the topic of Ukraine's admission to it is purely political and this issue is unlikely to be resolved in the near future.

Earlier, economic expert Viktor Skarshevsky admitted lack of benefits that could be obtained by Russia in the event of an allegedly planned invasion of Ukraine. In addition, he noted that the country's authorities are making a large number of statements that contradict each other. In his opinion, this suggests that people making such statements do not communicate with each other.