The Sun: China is developing missile systems disguised as cargo on merchant ships 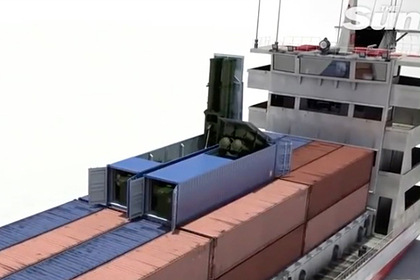 China continues to secretly develop container missile systems that can be transported on ships of the merchant marine. Such ships can access any international port, and this poses a great threat to the opponents of the PRC. This is reported by The Sun with reference to Rick Fisher, Senior Fellow for Military Affairs in the Asia Region at the International Center for Assessment and Strategy in the United States.

Related Materials 00:02 – October 15 The perfect storm: China and the United States are pulling military forces into the South China Sea. How will the battle for regional domination end? 00: 02 – July 6

-for straits and channels?

In 2019, China developed a special complex for the YC-18C cruise missile, which is placed in a container and can be disguised as a commercial cargo. The USA, Great Britain and Russia already have similar systems.

Fischer said the missile systems could be deployed on any ship, transforming China's many merchant ships into a clandestine navy “to launch surprise missile raids on coastal fortifications to aid assault or airborne invasion forces.”

Containers can also be stored in warehouses within the reach of military facilities, and they can be put on alert as soon as possible. “The adoption of such missiles is very much in line with the current strategic preferences of the Chinese leadership,” the military expert noted.

According to him, the electromagnetic pulse missile warheads can disable any nearby submarine base with nuclear ballistic missiles … “The explosion of such a missile could disable electronics [on submarines] and throughout the base without the need to launch a nuclear missile from China,” he said.

Earlier it became known that China intends to strengthen its position in the Atlantic and on the African continent. The PRC has already built a military base in Djibouti and plans to build a People's Liberation Army (PLA) logistics center in Equatorial Guinea.