Realtor Barsukov: CIAN's ban on renting out housing to “exclusively Slavs” will complicate the situation 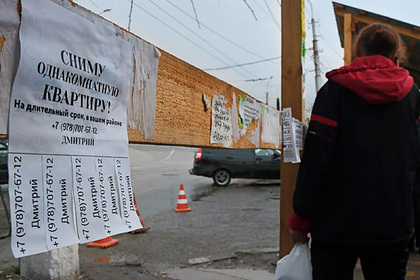 rent and sell housing “exclusively to the Slavs.” Konstantin Barsukov, a member of the Russian Guild of Realtors, suggested that the situation for service users could worsen, Gazeta.Ru reports.

According to the expert, the ban right now will not provide equal opportunities to rent housing for everyone, and there will be no problem resolved: apartment owners will be able to voice requirements for nationality by phone and refuse to rent at their discretion.

“As a result, CIAN users will go to other databases, where information is published in full. I do not know what the company is guided by, but the fact that they worsened the situation for their own users is a fact. The CIAN consumers themselves will suffer, “Barsukov noted.

Earlier, CIAN reported that from February 1, 2022, it will not be possible to include grounds for discrimination or incitement to it in the ads. References to race and ethnicity, including skin color, citizenship, and religion, were banned. Prior to the entry into force of the innovation, the portal left users the opportunity to edit ads on their own.