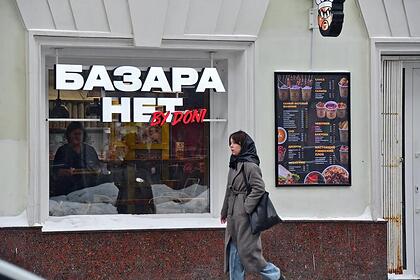 to the Mayor of Moscow Sergei Sobyanin with a request to deal with the signs in the Uzbek and Tajik languages. This is reported by the official Telegram channel of the HRC.

According to Fadeev, local residents living near the Prokshino metro station asked him to check the signs.

“Instead of the integration policy migrants to society and local culture, we create all the conditions for a comfortable stay of newcomers without knowledge and command of the Russian language, “- noted in the channel HRC.

Fadeev notes that the translation of signs contradicts the provisions of the Federal Law” On the State Language Of the Russian Federation “, as well as clause 44 of the Model Rules for the Use of the Metro.

” In addition, it is unclear how the appearance of these signs is consistent with the requirement for labor migrants to speak Russian, “the Ombudsman concludes.

On Tuesday, December 7, the chairman of the labor union of migrant workers Renat Karimov supported the decision of the CIAN service to ban the mention of nationality in advertisements for rent.

Earlier, Uzbekistan accused Russia of attacks on the Uzbek language.