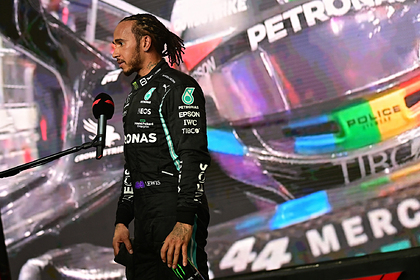 British Formula 1 driver for Mercedes Lewis Hamilton got rid of his penthouse in the United States. The name of the home buyer remained unknown, according to the New York Post.

The racing driver's home is located in New York's Tribeca area, in a former 19th century bookbinding factory on Greenwich Street. Hamilton raised $ 49.5 million from the sale. According to the newspaper, the penthouse was empty all the time, since the racer had never lived there. He has owned the property since 2017, when he bought it for $ 43.9 million. In 2019, they asked for $ 57 million for housing.

The penthouse consists of three apartments and covers an area of ​​almost 827 square meters and three floors. Inside there are five bedrooms, six bathrooms, a spacious kitchen, living room, library and plunge pool. The penthouse has its own elevator, the apartment has an exit to the terrace. The price also includes two parking spaces. The monthly maintenance of housing can reach more than $ 18.3 thousand.

In September 2021, an unknown buyer purchased housing in the Tribeca area in a house in which the American singer Taylor Swift owns several real estate properties. The apartment on Franklin Street cost the new owner nearly $ 10 million.