Vedomosti: the energy transition in Russia will lead to an increase in tariffs 28 percent higher than inflation 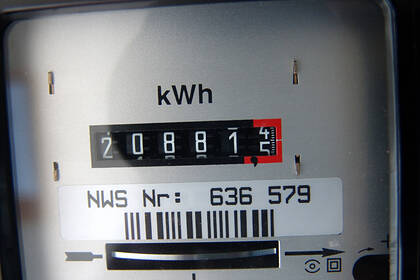 14 to 24 trillion rubles of investments. This conclusion was reached at the Institute for Natural Monopolies Problems (IPEM), Vedomosti writes.

The experts presented two scenarios – inertial (high carbon) and low carbon. If the second is realized, VTB Capital analyst Vladimir Sklyar predicted a sharp rise in electricity tariffs – 28 percent higher than inflation. This figure will be a significant deterrent to the transition to clean energy.

In the second scenario, it is said about the commissioning of 8 gigawatts of new generation per year, and three quarters of the capacity will be represented by low-carbon projects, that is, solar, wind, nuclear and hydroelectric power plants. At the same time, only those stations that generate both heat and electricity are preserved in thermal generation. Both scenarios envisage only the construction of a thermal power station within the Unified Gas Supply System, that is, with the most efficient combined-cycle gas turbines.

In the first case, emissions will be reduced by 1 percent compared to 2019, in the second – by 47 percent. The low-carbon option is close to the plans of the Ministry of Energy, which provide for 57 percent of carbon-free generation by 2050.

Earlier, VTB Capital analysts estimated the cost of reducing emissions by 25 percent by 2060 at 43 trillion rubles, by 50 percent – in 86.6 trillion, and 100 percent – 479.8 trillion. Russian President Vladimir Putin has set the goal of achieving carbon neutrality by this date.