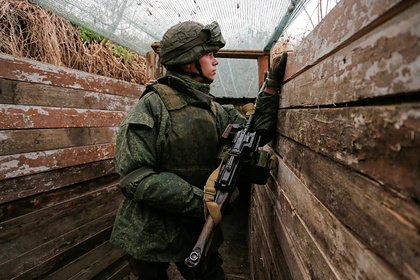 Over the past day, the Ukrainian military once violated the silence in Donbass. This was announced by a representative of the self-proclaimed Donetsk People's Republic (DPR) at the Joint Center for the Control and Coordination of the Ceasefire (JCCC), reports Donetsk News Agency (DAN).

The DPR representative in JCCC said that under shelling from the side of the Ukrainian security forces, the north-west of the city of Horlivka was captured. In particular, in the area of ​​the village of mine them. Gagarin, two mines of 120 mm caliber were fired.

It is noted that there were no casualties among civilians and no damage to civilian infrastructure.

Earlier, the head of the DPR Denis Pushilin spoke about dangerous trends in the course of development conflict in Donbass. According to him, if clashes on the contact line escalate into a war, he will be ready to turn to Russia and Belarus for help.