A student of the 1297th school in Moscow about the detainee for preparing a terrorist attack: he was selling snus, raging 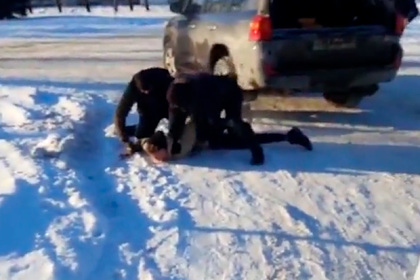 A student of the Moscow school # 1297 told Lente ru “about the life of an 18-year-old Russian who was detained on suspicion of preparing a terrorist attack in an educational institution.

Earlier it became known that on December 6, police detained a young man on the way to school 1297, who was found an air gun, three gas cartridges and three knives. He attracted the attention of security officials, having reported on the social network the day before that he was preparing a terrorist attack at school.

“He always had a bad reputation at school, often did all sorts of game, used snus, raged, clashed with teachers, broke everything, ”said Andrei S.

According to the student, many complained about the young man who was detained, as he often harassed the students. “He didn't really need a reason. Some spread rot on him for this, which is probably why he went for this, “- said Andrey.

The interlocutor of” Lenta.ru “added that the detainee for the preparation of the terrorist attack had brought knives to school before, and described him as “a typical gopnik from the area.”