Bloomberg: China's imports and exports may rise amid the emergence of the omicron strain 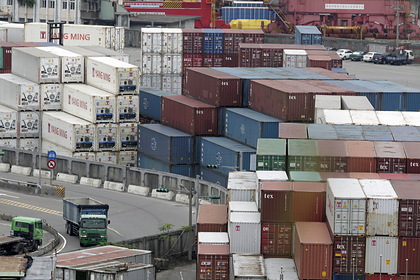 China may gain world domination in global supply. The country's customs department reported a sharp increase in imports and exports, and economists predicted a positive effect on Chinese goods due to the emergence of the omicron strain of the coronavirus. The data was published by Bloomberg.

Exports rose 22 percent from last year to nearly $ 326 billion, according to the country's customs service. Imports rose nearly 32 percent to $ 254 billion. At the same time, economists predicted an increase in exports by 20.3 percent, and imports – by 21.5 percent. Thus, trade turnover in November 2021 grew faster than expected, showing record results. This situation has arisen due to the sharply increased external demand for Chinese goods against the backdrop of the approaching New Year holidays. Also, the work of enterprises in the country has partially recovered after stoppages due to a lack of electricity.

The largest importers of Chinese goods in November were the United States, the European Union and the states of Southeast Asia. At the same time, exports to the United States increased by 28.3 percent, while imports of American goods to China increased by 36.9 percent. Global demand for Chinese goods remains strong throughout the pandemic. If the spread of the omicron strain of coronavirus causes serious consequences, other countries will begin to impose restrictions again. This, in turn, will have a positive effect on the export of goods from China, say economists interviewed by the agency. In particular, personal protective equipment and devices needed to work from home will be in demand.

“Exports increased in November, which suggests that external demand is still quite stable,” said an economist from the French Financial Corporation Société Générale Group in Hong Kong Michel Lam. According to her, the unexpected increase in imports was caused by the restoration of the supply of raw materials for the production of goods, and investments in the infrastructure of enterprises, which were stimulated by local authorities, also increased.

In addition to the sphere of trade, China claims to be the leader in the field of green energy and the creation of renewable energy sources (RES). Earlier, the International Energy Agency (IEA) reported that in 2021 the PRC became the world leader in the implementation of renewable energy sources, and by 2026 the country will reach 1200 gigawatts of wind and solar power. In addition to China, the main drivers of green energy growth will be European countries, as well as the United States and India.