The arrest of Bekmansurov, who arranged the attack on Perm State University, was extended until February 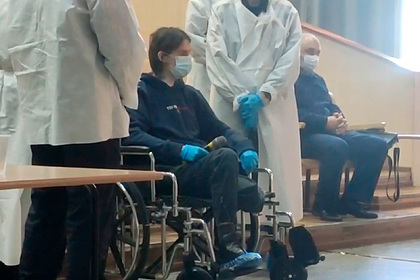 According to the agency, the term of detention of a student accused of mass murder has been extended until February 20, 2022. The meeting was held without his participation. Bekmansurov is currently undergoing an inpatient forensic psychiatric examination.

During the investigation, investigators established that on the day of the attack, he fired at least 37 shots. The department has already carried out more than a hundred various examinations, more than a thousand witnesses have been questioned, a number of investigative measures are underway.

In the morning of September 20, Bekmansurov came with a weapon to Perm University (PSNIU) and opened fire there. Six people died, more than 40 were injured. During the arrest, the attacker received several gunshot wounds. At the hospital, the shooter fell into a coma. His leg was amputated and his larynx was operated on. On September 24, Bekmansurov came out of a coma.

Bekmansurov was assigned to a detachment for the disabled in the pre-trial detention center. It is noted that the detachment is closely monitoring the health of disabled people in order to prevent the deterioration of their health.