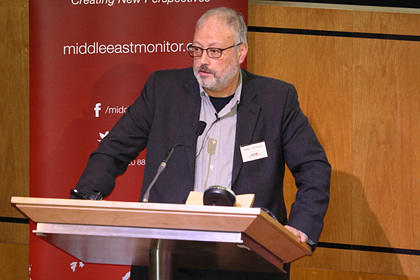 “There are things that cannot be done even by a prince” the prince made many enemies on the way to the throne. Now he is accused of murdering one of them 00:05 – October 7

“She did not know how to choose enemies” 15 years ago, Anna Politkovskaya was killed. Who wanted the death of a well-known human rights activist?

A former member of the Royal Guard of Saudi Arabia was awaiting boarding a flight to Riyadh. Under him, law enforcement officers found documents, which confirmed his identity. However, the police are now conducting additional checks.

In the case of the voluntary consent of Eid al-Uteibi, France will hand over the detainee to the Turkish authorities, where the trial is taking place. Otherwise, the decision on extradition will be made by a French court.

Khashoggi disappeared without a trace on October 2, 2018 after a visit to the Saudi Consulate General in Istanbul. The journalist went there to obtain documents that would help him to file a divorce and marry a Turkish woman Cengiz. But after that he never returned home: according to Turkish journalists, Khashoggi was killed by order from Riyadh right on the territory of the Consulate General.

Turkish media, citing sources in law enforcement and investigative bodies, reported that The authorities have confirmed that Khashoggi was brutally tortured in the consulate building and then killed.

In 2021, the US National Intelligence presented a report in which it accused the Crown Prince of Saudi Arabia of approving the operation to kidnap or kill Khashoggi. After that, the US administration imposed visa sanctions on 76 citizens of Saudi Arabia, who, according to the State Department, “threatened dissidents abroad, appeared in the murder of Khashoggi and not only in it.”