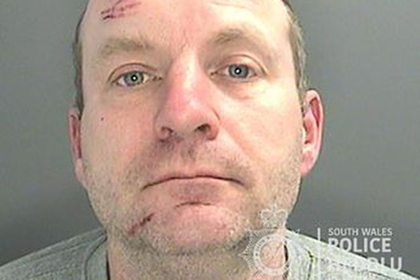 Resident of the Welsh city of Barrie, South Wales, 45 -year-old Stephen Gibbs went to prison for 18 years for attacking his beloved with a knife in a fit of jealousy. This is reported by the Daily Mirror.

“If you are not mine, then nobody's” Stories of girls whose faces were disfigured with acid due to jealousy, greed and anger00: 01 – December 9, 2020 ” Blind jealousy killed him “The brutal crime remained unsolved for years. The answer was found in a provocative novel

In 2017, Gibbs' partner, 49-year-old Emma Brown, won 5.5 million pounds (539 million rubles) in the lottery. With the money she received, she bought a house and started doing charity work.

During the quarantine imposed due to the spread of the new coronavirus infection, a man attacked Brown with a knife and seriously injured her. The victim was urgently taken to the hospital and operated on.

After the incident, Gibbs was arrested and pleaded guilty to attempted murder. It turned out that he attacked in a fit of jealousy – he believed that Brown was cheating on him with one of the tenants of her property. Tired of her partner's constant accusations, the British woman told him that their relationship was over. It was after these words that the angry man hit the woman against the wall, and then began to stab her with a kitchen knife.

During the trial, it became known that Gibbs was sentenced to six years in prison and four years probation in July 2005 years for the fact that six times he stabbed the 11-year-old son of his ex-partner with a kitchen knife.

Earlier it was reported that in the New Zealand city of Auckland, a husband killed a bell ringer with whom his wife allegedly cheated with a machete. The killer was sentenced to prison.