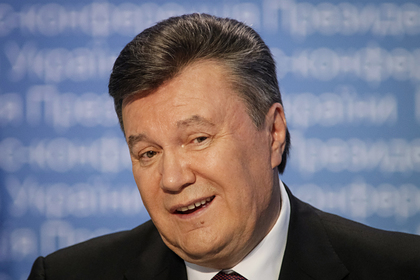 District Court of Kiev. The case has been assigned an individual number, and then a decision will be made on its consideration. This was reported by the People's Deputy of Ukraine Olga Sovgirya.

“The District Administrative Court in Kiev registered the claim of the former President of Ukraine Viktor Yanukovych to the Verkhovna Rada of Ukraine (case 640/34786/21),” Sovgirya wrote on her Facebook page.

“Ukraine always shoots itself in the foot” What will the next aggravation of the conflict between Moscow and Kiev turn into for Ukrainians? = “/wp-content/uploads/2021/12/3759efb9490ed17a391a770c082701a7.png” /> The price of lack of will Six years ago, Yanukovych fled to Russia. Why did he lose power and doomed Ukraine to bloodshed?

Yanukovych Wants To Get The Rada's Decree On His “Self-Removal” From The Post Of President Of The Country To Be Recognized As Unlawful. In his opinion, this decision was made in violation of the laws of Ukraine. At the same time, some of the deputies were allegedly intimidated by Ukrainian nationalists, while the other part inclined to the decision “in the euphoria of confidence in their impunity,” the press secretary of the former president Yuriy Kirasir said earlier.

question. Sovgirya considered that such a claim should be considered by the Supreme Court of Ukraine, and Yanukovych's lawyers deliberately changed the wording of legal requirements. The deputy did not explain the benefit from such manipulation for the plaintiff.

Earlier in Ukraine, they assessed the actions of the country's President Volodymyr Zelensky during the alleged coup d'etat in the country on December 1. According to the representative of the office of the President of Ukraine Oleksiy Arestovich, Zelensky prevented a violent change of power by voicing the plans of the conspirators.