Epidemiologist Mas-Coma: the spread of the omicron strain is due to the growth of air traffic 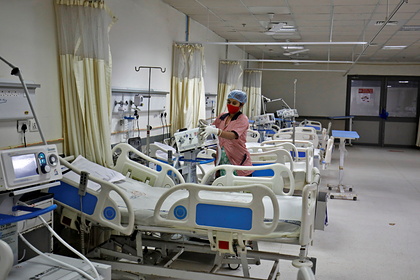 air travel observed in recent months. This was stated in an interview with Lenta.ru by Professor Santiago Mas-Coma, an expert of the World Health Organization (WHO) and President of the International Federation of Tropical Medicine.

The epidemiologist explained that in this regard, all countries can be compared with cheese with holes: new strains are being introduced through the gaps created by international air travel. “At present, the number of cases within each country where the omicron strain has been detected is too small to make an informed conclusion about whether this variety will be as or more rapidly spreading as the delta, and whether it will generate a new wave. pandemic, “Mas-Coma said.

According to the specialist, a preliminary analysis of the mutations found in the virus is enough to introduce more stringent preventive measures, and the whole process of modifying vaccines for the omicron-strain may take 3- 4 months. “In the meantime, let's wear masks, keep our distance, avoid [crowded] places and get vaccinated with a third dose of vaccine to strengthen individual immunity,” the epidemiologist urged.

On November 11, a strain under code B.1.1 was identified in South Africa .529, which was named the Greek letter omicron. The country's health minister said that the new option is easily tolerated by vaccinated patients, however, according to some reports, it can bypass the immunity of those who have recovered from other strains. The new strain has been recorded in a number of countries in Africa, Australia, Brazil, India, the United States, the United Arab Emirates, Saudi Arabia and several European countries. Earlier it became known that the omicron strain was also detected in two Russians who arrived from South Africa.