WHO chief Gebreyesus: more than 100 countries do not have 40 percent COVID-19 vaccination in humans 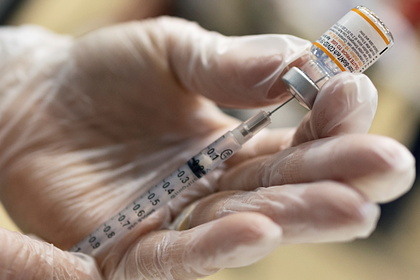 The World Health Organization (WHO) has estimated that more than 100 countries do not have 40 percent COVID-19 vaccine coverage, and more than half of them are at risk of not meeting this goal set by the WHO. This was announced by WHO Director General Tedros Adanom Ghebreyesus, reports TASS.

“More than 100 countries have not yet reached the 40 percent target, and more than half of them, located mainly in Africa, risk not reaching it by the end this year, mainly due to the fact that they do not have access to the vaccines they need, “- said about the level of vaccination Ghebreyesus.

The head of the organization also recalled that now more than 80 percent of those available in vaccines have gone to the G20 countries, while low-income countries, most of them African, received only 0.6 percent of the vaccines produced for people. “The longer the vaccine inequality persists, the more opportunities the virus will have to spread and mutate in ways that no one can prevent or anticipate,” he said.

Earlier it was reported that WHO does not see the need to create a new vaccines against coronavirus against the background of the situation with the omicron strain. The organization believes that vaccines just need to be improved to be more effective against the new variant.