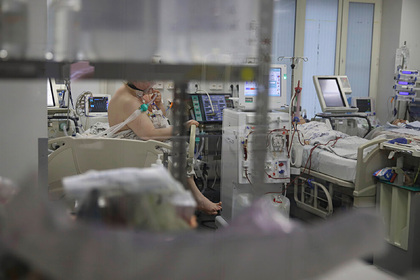 and translational medicine Alexander Chepurnov doubted in a conversation with Lenta.ru that omicron would become the last strain of COVID-19, after which the end of the pandemic would come.

“I do not see any guarantees in this regard yet. If you strain your memory a little, a certain American scientist declared that delta is everything, it is the most perfect machine, you can't think of anything stronger, it spreads the fastest, captured everything, and so on, so everything will now adapt and everything will end there, as you can see. he was wrong, now the omicron has appeared, “Chepurnov noted.

According to the virologist, it is still difficult to say whether the omicron will become the last strain, since it is not clear how it behaves with vaccinated people. “There are strong suspicions that vaccinated people may be more susceptible to infection, since scientists from South Africa have already shown statistically that those who have recovered are three times more likely to get sick with this variant of the coronavirus. They do not yet understand the mechanism, and at the same time they did not say anything about the vaccinated, which seems suspicious to me, “he shared.

Chepurnov also noted that the new strain can still transform, since it has already demonstrated its ability to mutations. “It turned out to be even more nimble than delta, and at the same time, it seems, it is not so virulent, that is, less pathogenic, so far, according to the data that we have, it does not cause a severe course. Whether his adventures will end there, I'm not sure, “the virologist concluded.

Earlier, the World Health Organization reported that the omicron has not yet caused a single death; strain COVID-19 is mild. Rospotrebnadzor reported today that omicron was confirmed in Russia in two patients who arrived from South Africa.