State Department: the inclusion of new members in NATO does not contradict the promise not to expand eastward 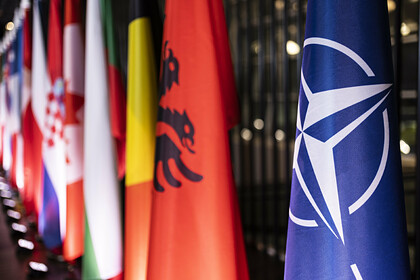 State Department spokesman Ned Price said the inclusion of new states in NATO is contrary to the promise not to expand eastward. His words are quoted by TASS.

He stressed that the alliance has the right to accept new members and pursues only defensive goals, its door is always open. “The idea that NATO, or aspirants for membership like Ukraine, could pose a threat to Russia is laughable if the situation were not so serious,” Price added.

The United States welcomes Ukraine's right to determine its future in the context of NATO membership. The official noted that in this regard, Russia is of concern and its alleged attempt to “fabricate an excuse for the Russian military to do what has long been planned.” will become the “red line” for Moscow. The diplomat noted that drawing Kiev into the military orbit of the alliance, NATO's de facto development of the military infrastructure of this country, the desire to turn it into a springboard for confrontation with Russia are fraught with serious negative consequences.

On December 1, Russian President Vladimir Putin called on the North Atlantic the alliance will give guarantees of non-expansion to the borders of Russia. Speaking at a collegium of the Ministry of Foreign Affairs on November 18, he said that Russia is a peace-loving state that wants to create an “atmosphere of good-neighborliness and partnership in the post-Soviet space.” However, the President expressed confidence that NATO, on the contrary, is determined to actively confront Moscow.