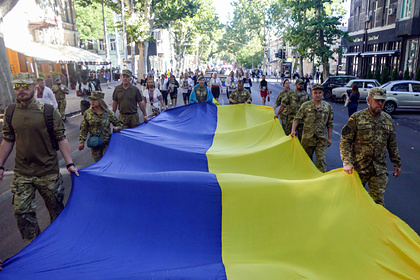 The period of independence is the worst thing that happened to Ukraine. This opinion was expressed in a conversation with Lenta.ru by a political scientist, member of the Council for Interethnic Relations under the President of Russia Bogdan Bezpalko within the framework of a special project dedicated to the 30th anniversary of the collapse of the Soviet Union.

even the Great Patriotic War brought it. It lasted at least four years, and independence is already 30 years old, “the expert believes.

According to Bezpalko, he voted against Ukraine's independence in the December 1, 1991 referendum. The political scientist stressed that he met the collapse of the USSR as “a catastrophe and the collapse of the country that we have been building together for centuries.” one of the key factors that led to the collapse of the Soviet Union was the rejection of the 6th article of the USSR Constitution, which consolidated the leading role of the CPSU. In his opinion, the abolition of the leading role of the CPSU is the very case when “they aimed at communism, but ended up in Russia.”

The All-Ukrainian referendum was held on December 1, 1991. One question was put to the vote: “Do you confirm the Declaration of Independence of Ukraine?” With a turnout of 84 percent of voters, more than 90 percent of voters gave an affirmative answer.