Saakashvili's girl Yasko: “psychotropic torture” is being used against the former president of Georgia 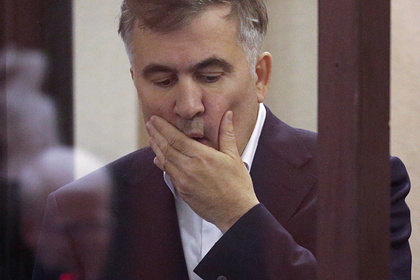 psychotropic torture “. This was told by his girlfriend, the deputy of the Verkhovna Rada of Ukraine Yelizaveta Yasko, according to the Telegram channel of the Ukrainian journalist Andriy Pavlovsky.

According to her, a few weeks ago, the policy was prescribed supposedly sleeping pills in large doses, after which he began to complain about anxiety, hearing and vision problems.

Yasko said that usually such a drug is prescribed only for “serious patients” and is not used to improve sleep. “The use of such a drug is a pharmacological psychotropic torture,” the deputy emphasized.

Earlier, Mikheil Saakashvili's mother, Giuli Alasania, said that it was unsafe for her son to be in Georgia. She noted that he was not in the best condition at home. and urged to return him to Ukraine.