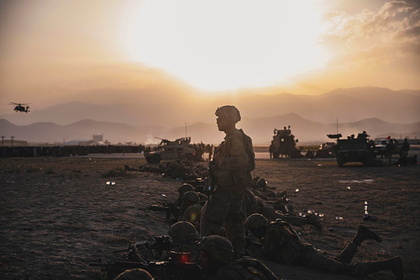 Security expert Daniel Goure suggested the US to place the borders of Russia a large army to gain an overwhelming advantage. He wrote about this in his article for 19Fortyfive.

Gur believes that the United States should move its army headquarters from Germany to Poland, stationing it in Warsaw, and also send a heavy armored corps there to be there on permanent basis. The author of the article also suggested equipping Poland with the latest American weapons and adapting its troops for joint operations with the United States.

According to the observer, the United States needs to strengthen NATO's eastern flank in advance due to the lack of sufficient capacity to transport people by sea during war. So, in all the front-line NATO states, it is necessary to deploy significant military forces and long-range artillery to defeat targets deep in the territory of Russia and include promising reconnaissance and attack helicopters in the arsenal.

The author of the material expressed the opinion that the best way is “ containment “of Russia – the deployment of large and well-equipped forces on the front lines, which will be an” unequivocal signal “to Moscow. In the event of hostilities, they will increase the ability of the United States to penetrate enemy territory and destroy important targets from the very beginning of the conflict, Gur concluded.

Previously, US Secretary of State Anthony Blinken considered the threat to Ukraine from Russia “very serious”. He added that Washington is striving for “stable, predictable” relations with Moscow, but in the event of aggression towards Ukraine, Russia will face certain consequences.

The Kremlin said that Russia is not going to attack anyone. Press Secretary of the Russian President Dmitry Peskov stressed that Russia has not prepared, is not preparing and will not prepare any attacks on anyone.