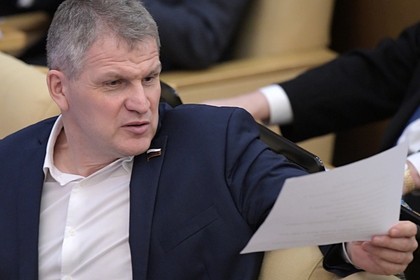 Deputy Chairman of the State Duma Health Protection Committee stated that there is nothing wrong with the detection of the omicron strain in Russia. According to him, the virus will not be allowed to spread, according to the radio station “Moscow speaking.” “The later a new strain arrives in a country, the more it has the opportunity to prepare, the more it has the opportunity to take into account the experience of other countries that are faced with it“ in full growth ”. In this regard, of course, the fact that he appeared so early in the Russian Federation is most likely not an isolated case, it is not very cool, “the parliamentarian emphasized.

At the same time, he added that the appearance a new strain is the turn that should have happened with the spread of the viral infection associated with its weakening.

Earlier, the Kremlin spokesman Dmitry Peskov offered not to comment on unconfirmed data on the first case of the omicron-strain of coronavirus allegedly discovered in Russia. According to him, in such a situation, one should not be guided by media reports.

On December 5, it became known that nine Russian citizens who arrived from South Africa had a PCR test for coronavirus at the airport, which turned out to be positive. They are under medical supervision in the observatory.