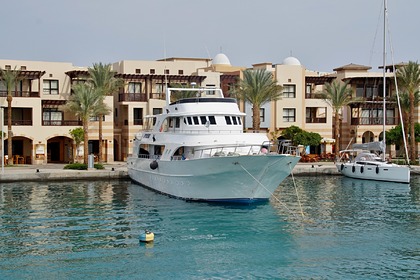 Sharm el-Sheikh offered foreign tourists, including Russians, to rest for the winter holidays for 1.2 million rubles for two. This was reported on the website of the Association of Tour Operators of Russia (ATOR).

For this money, travelers will be able to stay in a five-star luxury hotel, on the territory of which there are four swimming pools, five restaurants and a spa. In addition, guests have at their disposal a yacht for sea trips. The price of the voucher includes flight, accommodation (seven nights) and breakfasts.

A premium vacation in Hurghada for the New Year for a week will cost two tourists 383.7 thousand rubles. Vacationers are offered to stay at the five-star Rixos Premium Magawish Suites & Villas with all-inclusive meals. On the territory of the hotel you can practice horse riding, mini-football, tennis and diving.

“Russians traditionally book tours to Egyptian resorts shortly before arrival, so the demand for New Year's dates began to increase in early November, and its peak will be in the first weeks of December, “- said the specialist of the tour operator PAC Group.

Earlier it became known that in the upcoming New Year's holidays the Krasnodar Territory plans to receive about 400 thousand tourists. Experts noted that there is now a shortage of available rooms in four and five-star hotels.