Critic Brug on the banning of the Nutcracker in Germany: the fault lies with and. O. artistic director of the troupe Theobald 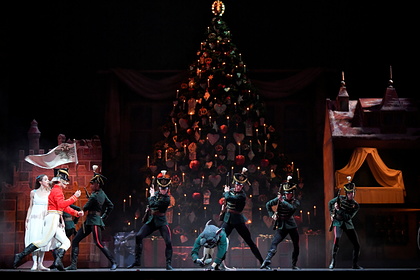 Critic Manuel Brug revealed the reason for the temporary ban in Germany of the ballet “Nutcracker” – for a make-up imitating dark skin. He wrote about it in the material for Die Welt.

According to him, the decision was wrong and political, and the blame lies with the acting artistic director of the ballet company Christiane Theobald (Christiane Theobald). The observer stated that since the 1980s, Theobald has served as “the gravedigger of ballet in its traditional form.” He connected her decisions with the “spirit of the times.”

“This is required by the spirit of the times, which reigns mainly in evil social networks. That is why this year Berlin children will be deprived of the pleasure of seeing the magnificent performance of Pyotr Tchaikovsky's classic ballet The Nutcracker, which exactly reproduces the premiere version of the performance from 1892! ” – wrote Brug.

According to the author of the article, Theobald never had a stylistic flair, and in the rank of artistic director of the troupe she decided to go to “a much more important ideological front.” He added that the artistic director was “overwhelmed by her struggle for political correctness.” According to her, the reason for the decision was that two children go on stage in makeup that imitates dark skin. Experts found elements of racism in this. The specialists also did not like the Chinese dance, where the artists move around the stage with “small mincing steps”.