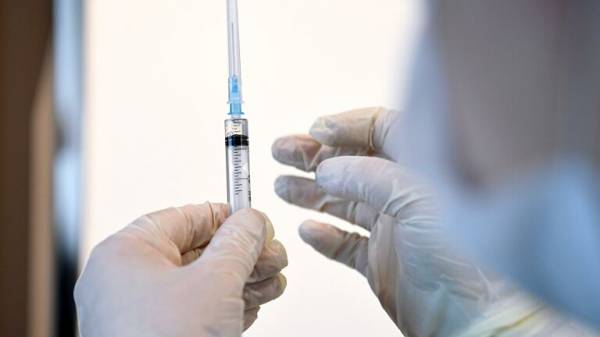 “Today anti-axers are throwing at us theses about & nbsp; that & nbsp; & ldquo; no, let it think about it at first it will still justify itself. '' And & nbsp; meanwhile, a thousand people will die every day & raquo;, & nbsp; & mdash; he said & nbsp; at & nbsp; All-Russian seminar & nbsp; Without & nbsp; statute of limitations. believes.

He recalled that during the Great Patriotic War, Hitler also called on his commanders in the occupied territories of the USSR to deprive the local population of vaccines and hygiene products, supplying them with alcohol and tobacco.

“ It was his economic strategy to & nbsp; extermination of the population of the Soviet Union '', & nbsp; & mdash; said a representative of the Kremlin administration.

Vaccination remains the most reliable way to protect against the & nbsp; coronavirus. According to & nbsp; the head of the Russian Ministry of Health Mikhail Murashko, the proportion of vaccinated among critically ill COVID-19 is less than 0.03 percent, the vast majority of patients in & nbsp; hospitals & nbsp; & mdash; they are unvaccinated. At the & nbsp; end of September, WHO announced the & nbsp; relationship between mortality from & nbsp; SARS-CoV-2 with & nbsp; refusal to & nbsp; preventive immunization.

On & nbsp; Friday, Deputy Prime Minister Tatyana Golikova said that & nbsp; to the level of herd immunity ; COVID-19 in & nbsp; Russia is 53.7%. In & nbsp; seven regions, the indicator exceeded 72% & nbsp; & mdash; these are the Chukotka Autonomous Okrug, the Republic of Tyva, the Republic of Karelia, St. Petersburg, the Moscow Region, Moscow, and & nbsp; also Sevastopol with & nbsp; a maximum of & nbsp; 80.8%.