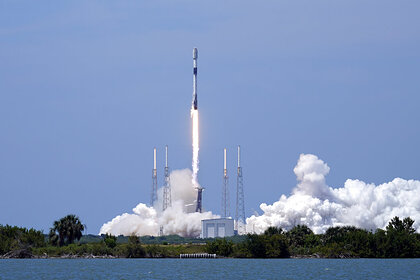 a third of all satellites orbiting the Earth. This is reported by The Independent.

The journalists noted that after sending the last batch of Starlink satellites, SpaceX set a personal record for successfully launching rockets in one year. As of December 3, the Musk Corporation has launched 27 rockets. Also, at the moment, the American company controls 37 percent of the total number of active satellites in orbit.

The authors refer to data from the CelesTrak tracker, according to which Starlink owns 1,753 satellites out of 4,841 in space. It clarifies that 357 satellites are controlled by another project to provide Internet communications through space equipment OneWeb. Most of the satellites – 1,910 units – belong to other organizations.

The material says that by the end of the year SpaceX has planned to launch five more Starlink batches. The next one should take place on December 9th. According to the company's plans to deploy a global Internet network from space, there should be about 42 thousand satellites in orbit.

In early December, SpaceX engineers decided to change the orbit of some Starlink satellites. This is necessary in order for the equipment to avoid collision with space debris.