Kremlin spokesman Peskov: the accumulated issues between the Russian Federation and the US cannot be resolved in a couple of hours 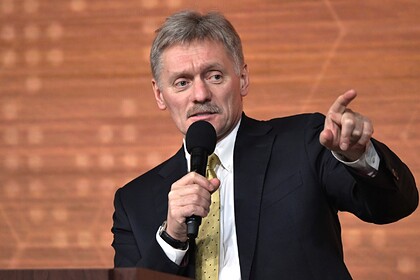 Kremlin spokesman Dmitry Peskov compared relations between Russia and the United States with the Augean stables. His words are quoted by RIA Novosti.

“It is very difficult to expect breakthroughs from conversations. We have such huge Augean stables in our bilateral relations now that it is hardly possible to clear them out like this, in a few hours of conversation, “- emphasized the press secretary of the Russian President.

Thus, he answered the question about expectations from the upcoming conversation between Russian leader Vladimir Putin and his American counterpart Joe Biden. Peskov expressed hope that the heads of state will be able to convey to each other and clearly formulate concerns and respond to this. He added that Russian-American relations are too large a complex that cannot be subject to immediate decisions.

A Kremlin spokesman also answered the question of which of the officials Putin would invite to participate in the talks. According to him, all those who will be needed, but at the same time it will not be negotiations between delegations, but a dialogue between the two presidents.

Earlier, Peskov said that reports on possible new US sanctions against Russia, which were published by the American TV channel CNN are information hysteria. Thus, he answered the question whether such messages could negatively affect the upcoming video conversation between Putin and Biden.

Talks between Vladimir Putin and Joe Biden will be held on Tuesday evening, December 7. They will take place in secure video communication mode. Leaders will determine the time needed for the conversation.