Lawyer Soloviev: Verzilov was fined 1,500 rubles for not marking the foreign agent 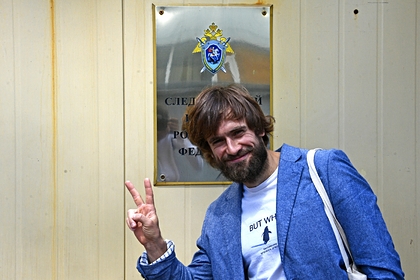 register of organizations performing the functions of a foreign agent ) Petra Verzilova ( included by the Ministry of Justice in the list of natural persons-foreign agents ) for 1,500 rubles for the lack of appropriate marking on his social networks, his lawyer Leonid Soloviev told TASS.

He explained that the reason was the lack of appropriate labeling in several of his posts on Facebook and Twitter. The lawyer also said that he intends to appeal against this decision.

Roskomnadzor (RKN) in November drew up administrative protocols against the former editor-in-chief of the Proekt newspaper ( recognized as an undesirable organization in the Russian Federation ) Roman Badanin ( recognized in the Russian Federation as a media foreign agent ) and the creator of Mediazona. The reason was the lack of marking “foreign agent” in their posts on social networks.

Previously, the details of Verzilov's wanted list were disclosed. According to Solovyov, the reason was a criminal case on concealing his dual citizenship. “The case in which Verzilov was put on the wanted list has been going on for over a year. This case is that he allegedly did not provide information about his Canadian citizenship, ”the lawyer said.

On November 15, it became known that Verzilov was wanted. The relevant information appeared in the search database of the Ministry of Internal Affairs. “Verzilov Pyotr Yuryevich, born on 10/25/1987, is wanted under the article of the Criminal Code,” the official message said. Other details were not disclosed.

On September 29, the Ministry of Justice included Mediazona in the register of media outlets recognized as foreign agents. It was also reported that the founder of the publication Petr Verzilov and editor-in-chief Sergei Smirnov were included in the list of natural persons-foreign agents.