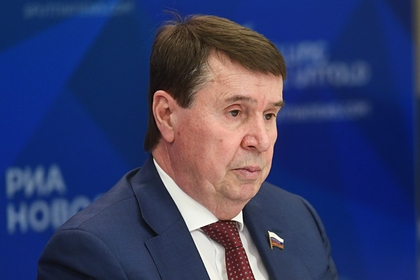 Sevastopol and Crimea should be one region of Russia. The need to unite the subjects was announced by the senator from the Republic of Crimea, a member of the international committee of the Federation Council Sergei Tsekov during a conference in the press center of the MIA “Russia Segodnya”, dedicated to the 30th anniversary of the collapse of the USSR, RIA Novosti reports.

The Senator called for the united regions to be called the Republic of Crimea, within which there will be the city of Sevastopol.

Tsekov also criticized the proclamation by the republics that were part of the USSR, acts of sovereignty and independence. He suggested that the collapse of the Soviet Union was associated with their desire to eliminate power in the person of Mikhail Gorbachev.

In 1954, when the Soviet Union was headed by Nikita Khrushchev, Crimea was transferred from the RSFSR to the Ukrainian SSR. After the collapse of the USSR, the region became part of Ukraine. The State Duma believes that in 1991 the peninsula was essentially peacefully annexed by Ukraine.

Crimea joined Russia after a referendum in March 2014. The Ukrainian authorities, as well as the United States and a number of European states refused to recognize the results of the vote and called the reunification of the peninsula with mainland Russia an annexation.