StarHit: the fate of the Voice show after the death of Gradsky will be decided by the copyright holder of the Talpa format 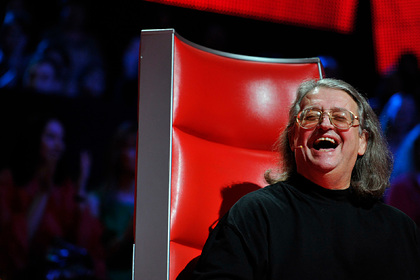 The further fate of the Voice show on Channel One will be decided Dutch company Talpa is the owner of The Voice television competition franchise. StarHit writes about this with reference to a source from the film crew.

The interlocutor of the publication explained that earlier copyright holders did not have to deal with the death of mentors right during the show. At the same time, “Golos” has rather strict rules, and each deviation from them must be coordinated with the foreign developers of the format. “A step to the right, a step to the left – shooting, or rather – a trial and heavy fines, followed by a ban on broadcasting. That is why it is impossible to simply take and replace the mentor or abolish the fourth seat, distributing the members of the Gradsky team between Pelageya, Dima Bilan and Leonid Agutin, “the source explained.

Therefore, according to him, now the producers of the Russian version the shows are trying to find a way out and agree on possible scenarios with the Dutch. The interlocutor of the publication stressed that the final decision will be made by the franchise owner. At the same time, not all of Alexander Gradsky's wards agree to switch to another mentor.

The last episode of the show, in which Alexander Gradsky managed to star, will be aired on December 10. This should be followed by live broadcasts.

Earlier it was reported that the creators of the project after the death of Gradsky did not re-shoot the episodes of the tenth season recorded earlier with his participation. Filmed on November 18, the episode aired on December 3. On Channel One, they said that they consider it their duty to bring this season of “Voice” to the end in memory of the performer.

Alexander Gradsky passed away at the age of 72. He died on November 28 from a cerebral infarction.