Doctor Asanov: citrus and conifers will help protect the home from viruses and bacteria 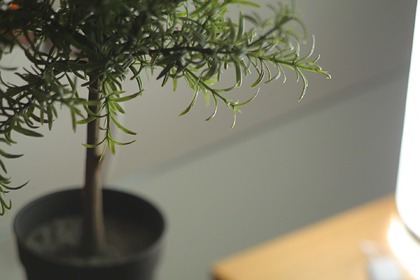 Therapist Timur Asanov called plant bacteria. He noted in an interview with Radio 1 that they contain essential oils rich in phytoncides, which have an antiseptic effect.

The specialist noted that eucalyptus will help to disinfect the air and make breathing easier. In addition, miniature citrus trees such as lemon, tangerine, orange, perfectly clean the space, making it unsuitable for pathogens.

“It seemed that my forehead was lengthening” did not sleep and drank only tea. How did that change him?

“Conifers – fir, juniper and others – also contain a lot of essential oils with an antiseptic effect, which evaporate and make the atmosphere in the home almost sterile,” Asanov added.

As a disinfectant, he also recommended myrtle, this the plant reduces viral activity and fights bacteria, including Koch's bacillus, which is the causative agent of tuberculosis.

Lavender, known as a natural sedative, also contains essential oils with antiseptic properties, the doctor added. He concluded that onions and garlic, which can be grown on the windowsill, are powerful tools for fighting viruses indoors.

Previously, the hosts of the program “On the most important” on the TV channel “Russia 1”, Dr. Sergei Agapkin and the actor Mikhail Politseimako, together with a visiting physician-phytotherapist Andrey Stepensky, named five herbs and spices that will help the body protect itself from winter diseases. Doctors recommended adding them to tea, after consulting with specialists to select the right dose.