Kommersant: the court sentenced the top managers of the Progress RCC Kirilina and Tyulevin to 9 years in prison 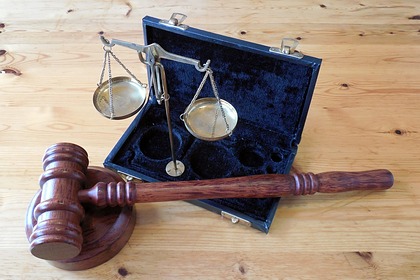 the verdict in the criminal case of Svetlana Kirilina, the former head of the financial department of the Samara Rocket and Space Center (RCC) Progress (a structure of Roscosmos), and Sergei Tyulevin, the chief engineer of the enterprise, accused of abuse of authority in supplying the center with equipment for the production of Soyuz- 2 “and inappropriate spending of budget funds. Kommersant writes about this.

On the first charge, the defendants received nine years in a general regime colony each, the second charge was dropped due to the expiration of the statute of limitations. According to the materials of the case, the top managers were involved in the purchase of equipment for the production of Soyuz-2 launch vehicles at an overpriced price. The prosecution estimated the total damage to Roscosmos from their actions at 849 million rubles. The court fully satisfied the civil suit of the state corporation against the defendants in the case.

The criminal case was initiated in October 2016 after a large-scale inspection of Roscosmos. It was already considered in the Kirovsky District Court, but in February 2019 it was returned to the prosecutor's office to eliminate the contradictions. In December of the same year, the criminal case was again brought to court.

At the end of 2020, Roscosmos imposed sanctions against the Progress RCC “for improper performance by the executors of contractual obligations”. “Several years ago, our subsidiary launched a rocket of its own production of a spacecraft of its own production, and it soon died in orbit,” explained the head of the state corporation Dmitry Rogozin.