Kommersant: an increase in potato processing capacity in the Russian Federation threatens a shortage of local tubers 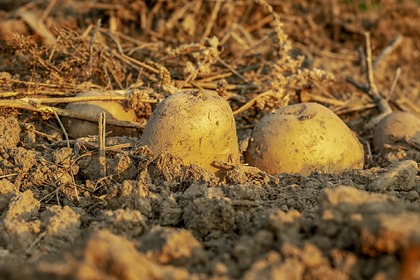 Residents of Russia have been warned of the risk of potato shortages. An increase in potato processing capacity in Russia by 50 percent, a decrease in production of tubers on personal subsidiary plots and a drop in yields due to drought threaten a shortage of local tubers for consumers next year. Kommersant writes about this with reference to experts.

Market participants have warned the Ministry of Agriculture. It is noted that without subsidizing production, the shortage of tubers can be replaced only with the help of imports. The department noted that the preconditions for increasing the harvest of potatoes have already been created.

According to the chairman of the Union of Potato and Vegetable Market Participants Sergei Lupekhin, if in 2021 about one million tons of potatoes were processed in Russia, then in 2022 it will go up to 1.5 million tons, and by 2026 – up to three million tons .

Mareven Industrial Director Aleksey Anashko, in turn, noted that next year, according to the company's suppliers, there may be a shortage of potato flakes on the market, and the cost of raw materials may rise by 50 percent. An increase in prices for imported raw materials is also expected.

According to the Ministry of Agriculture, as of December 2, Russia harvested 6.68 million tons of potatoes against 6.64 million tons in 2020. It is expected that by the end of this year the figure will increase to 6.71 million tons, and in 2022 – to 7.2 million tons.

Earlier it was reported that mandatory beer labeling, which will appear in Russia from September 2022 years, could provoke a collapse in the brewing market. Experts predicted a shortage of the drink, its rise in price and interruption of supplies to bars. A representative of the Association of Beer Producers (APP), which unites AB InBev Efes, Baltika and Heineken, said that the timing of the introduction of beer labeling, set by the Ministry of Industry and Trade, is unrealistic.