VTsIOM: every fifth Russian associates the USSR with stability and faith in a bright future 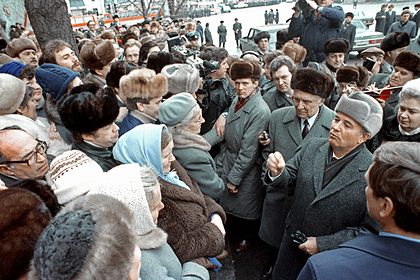 Russians have listed the main associations with the Soviet Union. Every fifth inhabitant has positive memories of this period, the VTsIOM poll showed.

So, 21 percent of Russians said that they associate the USSR with such concepts as belief in a bright future, stability, calmness or confidence in tomorrow. More often than others, servicemen and people with higher education, as well as Russians 45-59 years old (28 percent) and over 60 years old (23 percent) spoke about this.

Earlier it became known about the quarrel between the former head of the Soviet Union Mikhail Gorbachev and ex-Russian President Boris Yeltsin, which took place after the signing Belovezhsky agreements. Former President of Kazakhstan Nursultan Nazarbayev recalled that he received an invitation from Yeltsin to visit Belovezhskaya Pushcha and sign an agreement on the collapse of the Soviet Union, but rejected it.