Superjob: 25 percent of Russians said they don't care about the length of the New Year's holidays 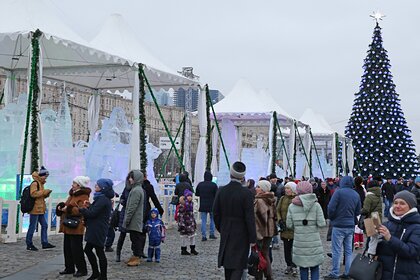 Every fourth Russian (25 percent) doesn't care how long New Year's holidays last. RBC writes about this with reference to a survey of the Superjob service.

At the same time, 49 percent of Russians said they had a positive attitude to such a long vacation. Another 17 percent of respondents expressed the opinion that it is high time to cut the long New Year holidays.

It is noteworthy that a positive attitude towards long holidays is characteristic of women (54 versus 45 percent among men) and Russians under 34 (53 percent). The respondents over 45 are most often dissatisfied with the long days off: 23 percent of them believe that the New Year holidays should be shortened. 30 percent of men and 19 percent of women questioned are indifferent to the length of the New Year holidays.

Experts note that the coronavirus pandemic influenced the attitude of Russians to the numerous holidays in early January: in 2021, there are fewer people who approve of a ten-day vacation than ever before. According to researchers,
this was influenced by an overabundance of weekends throughout the year (in May and November), as well as difficulties in planning interesting leisure activities amid coronavirus restrictions.

The survey was conducted among 1,600 adult Russians out of 316 settlements from all districts of the country from November 26 to December 3.

Earlier, the leader of the Liberal Democratic Party of Russia Vladimir Zhirinovsky proposed to cancel the New Year holidays and go to work on January 2. In 2020, he proposed a new formula for New Year's holidays that does not imply a reduction. “I propose to fix December 31 as a day off and introduce four compulsory days off, from December 31 to January 3. The rest of the days should be added to the annual paid leave, “he said.

In the coming 2022, Russians will have 118 days of rest. New Year's holidays will last until January 9th. The total number of days off in January will be 15 days.