Virologist Altstein: the omicron strain can serve as a “vaccine” against COVID-19 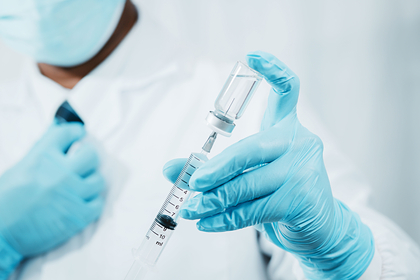 Russia may become a “vaccine” against coronavirus. This opinion was expressed by a virologist, doctor of medical sciences, professor, chief employee of the Research Center of Epidemiology and Microbiology named after Gamaleya Anatoly Altstein, his words are quoted by the newspaper Vechernyaya Moskva.

The Russian virologist said that the South African strain has good and bad sides. It spreads quickly, but no deaths have been recorded from it in three weeks. At the same time, the specialist suggested that we still observe the new strain of COVID-19 and not make hasty conclusions.

“We do not know how sensitive it is to the action of vaccines. It is assumed that he must have a certain sensitivity. Therefore, it does not cancel the vaccine. I do not exclude that if it turns out to be mild, it itself will serve as a vaccine to some extent, “Altstein summed up.

Rospotrebnadzor confirmed the detection of an omicron strain of coronavirus in two Russians who returned from Yuzhno -African Republic. The department clarified that earlier citizens passed a PCR test, the result of which turned out to be positive.

The Omicron strain was detected in at least 38 countries of the world, but the delta remains dominant. The strain code B.1.1.529, which was named omicron, was identified in South Africa on November 11.