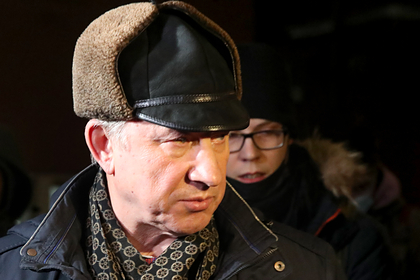 hunting moose, left the building of the Investigative Committee after interrogation. He said that the event was held in accordance with the regulations, Izvestia writes.

The State Duma deputy said practically nothing to journalists. It is noted that Rashkin refused to comment on the plea of ​​guilt, referring to documents on non-disclosure of the secrets of the investigation.

On December 2, the head of the Investigative Committee of Russia, Alexander Bastrykin, opened a criminal case against the deputy under Part 2 of Article 258 of the Criminal Code of the Russian Federation (“Illegal hunting “).

According to the investigation, on the night of October 29, Rashkin, together with his friends, was hunting an elk without permission. After killing the animal, they hid the weapon, butchered the carcass and put it in the trunk of the car. There, the prey was found by the police and the hunting committee of the Saratov region.

On November 25, State Duma deputies voted to deprive the politician of immunity. At first, he claimed to have found the carcass in the forest, but later confessed to killing a moose.