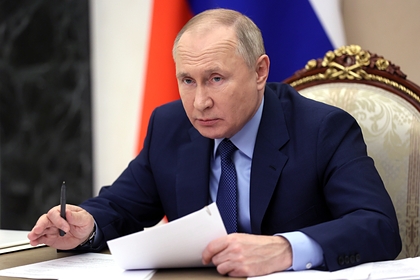 Russian President Vladimir Putin approved an increase in the minimum wage ) in Russia in 2022 up to 13,890 rubles per month. The legislative document signed by the head of state has been published on the official portal of legal information. The minimum wage will be increased by 1,098 rubles – now it is 12,792 rubles.

The initiative to increase the minimum wage and the cost of living belongs to Putin himself. On November 18, at a meeting on social issues, the Russian president said that the indexation of the living wage by 2.5 percent, included in the draft budget for 2022, was insufficient, as inflation in the country accelerated. Putin proposed to increase the indicator at a faster pace than inflation – by 8.6 percent, in nominal terms by a thousand rubles to 12,654 rubles a month. Since, according to the constitution, the minimum wage cannot be less than the subsistence level, the head of Russia announced the need to index the minimum wage.

Putin drew attention to the fact that many social benefits are tied to the size of the subsistence minimum, such as additional payments to pensions and payments to families with children. In this regard, pensions should also be indexed above the level of actual inflation, he said.

Deputy Prime Minister Tatyana Golikova said that the increase in the living wage will affect 16 million Russians, and the increase in the minimum wage will affect 3 million. Payments will grow at the expense of the federal budget, extra-budgetary funds and constituent entities, but first of all, it is the budgetary funds that will be spent. The head of the Ministry of Labor and Social Protection Anton Kotyakov said that about 30 billion rubles will be allocated from the federal budget to increase the living wage and the minimum wage.