Biologist Bazykin: 90% of cases of infection with the delta strain in Russia are associated with one source 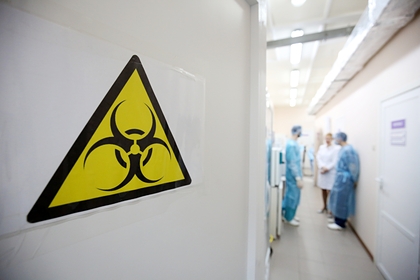 Just one person could cause 90% of cases delta strain infection in Russia. Biologist Georgy Bazykin shared this result of the study on his Facebook page.

According to him, the source of almost all cases of virus infection that occurred in our country in spring or summer is associated with the AY.122 variant of the virus.

“Why did AY.122 spread? We have no reason to believe that it is somehow different from another delta in its properties. Apparently, the matter is in the founder effect, “he said.

At the same time, the biologist notes that other variants of the virus were imported into our country, but they did not receive such a spread. He suggests that this may be due to the “founder effect”, that is, this AY.122 was simply able to occupy a vacant niche earlier than others.

“Delta deliveries were still few in March-April, and only one of the imported variants were “lucky” to multiply strongly. Later, new delta variants were introduced, of course, over and over again. But they were already spreading against the background of the prevailing delta and had no competitive advantage over it, “the specialist said.

Experts believe that the delta strain can be completely replaced by the new omicron strain within six months. At the same time, experts suggest that if the lower pathogenicity of the omicron is proved, then this may mean the end of the pandemic.

Earlier, in a conversation with Lenta.ru, virologist Alexander Chepurnov suggested that antibodies from those who had been ill with the delta strain could complicate course of the disease when infected with omicron.