Times: NATO and Kiev fear that Russia may cut off the Baltic States from other countries of the alliance 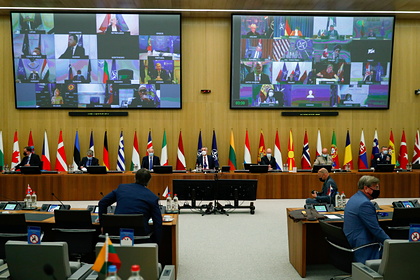 Kiev and NATO fear that Russia may cut off the Baltics from other countries of the North Atlantic Alliance for several hours. The Times writes about this with reference to sources, RIA Novosti reports.

According to the interlocutors of the British edition, Moscow can use for this purpose the migrants who have accumulated on the territory of Belarus, sending them to the Suwalki corridor, which is the only common border between the Baltic countries and other NATO members. It is assumed that the refugees will start riots there, which will be pacified by the Russian military.

“Russian troops can break in there and deploy military patrols in the corridor under the pretext of a humanitarian crisis. This will allow Russia to unite the forces in the Kaliningrad region with Belarus. All this can be done, according to the Ukrainian side, in less than two hours, “the publication says.

According to a source in Kiev for the Times, in this way Russia will be able to divert the attention of members of the North Atlantic Alliance from the allegedly impending invasion of Ukraine.

Earlier in December, the Associated Press and The Washington Post reported, citing sources in American intelligence, that Russia could invade Ukraine in the first weeks of 2022. Prior to this, the head of the Main Intelligence Directorate of the Ministry of Defense of Ukraine, Kirill Budanov, also stated that Moscow was preparing to launch an offensive in late January or early February and had already transferred 92,000 servicemen to the border for this.

At the same time, Russia has repeatedly denied information about the allegedly impending invasion of Ukraine. For example, President Vladimir Putin indicated that this was discussed at the beginning of the year, but the entry of troops has not yet taken place. Kremlin spokesman Dmitry Peskov also assured that Moscow is not going to attack anyone, and called the hysteria that is currently being whipped up in the Western media on this topic unacceptable.