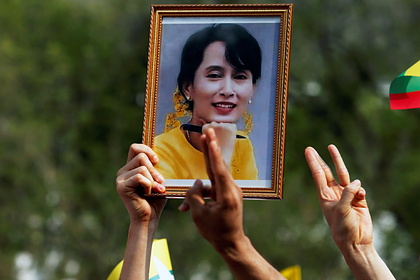 The military government that seized power in Myanmar in February 2021 reduced terms of imprisonment for the former Prime Minister of the country Aung San Suu Kyi and ex-President Vin Myint. This is reported by RIA Novosti.

If the court of the capital of Myanmar, Naypyidaw, sentenced both to four years in prison, now they will have to spend only two years in captivity. In addition, the two former leaders of the country will serve their sentences in their own state residences.

Earlier it was reported that the former Myanmar state adviser, opposition leader and Nobel Peace Prize laureate 76-year-old Aung San Suu Kyi may also be punished on charges of corruption and electoral fraud. According to international human rights defenders, if the ex-state adviser is found guilty on 11 counts imputed to her, Suu Kyi faces 100 years in prison.

On February 1, 2021, the Myanmar Armed Forces Command declared a state of emergency, accusing the government of falsifying parliamentary elections in November 2020. The soldiers of the commander-in-chief Min Aung Hline dismissed the Cabinet and arrested the country's President Vin Myin, as well as other members of the political elite.