Host Martirosyan: I have been on television for over 25 years now and I am happy 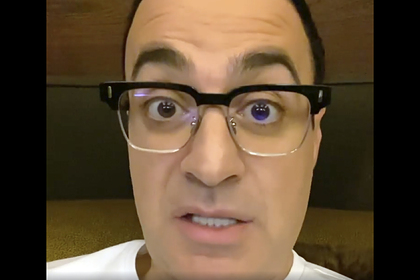 Comedian and TV presenter Garik Martirosyan answered the question of whether he was tired he's from television. The comedian said that working in this area brings him happiness. He also expressed confidence that he will not get tired of creating content for viewers. Martirosyan told about this in his Instagram story.

The host also emphasized that the creation of a TV show is a very interesting process in which there are no repeating days.

Earlier, Martirosyan admitted that he felt ashamed of his first performances. The comedian said that he was embarrassed to look through his early numbers, as he pays attention to his own mistakes and imperfections.

Garik Martirosyan began his career as a comedian with participation in the KVN team “New Armenians” in 1993. The Comedy Club project brought him the greatest fame. Subsequently, Martirosyan worked on the humorous shows “Our Russia” and “Projectorperishilton”, hosted the program “Dancing with the Stars” on “Russia 1”, was a member of the jury in the show “Mask” on NTV.