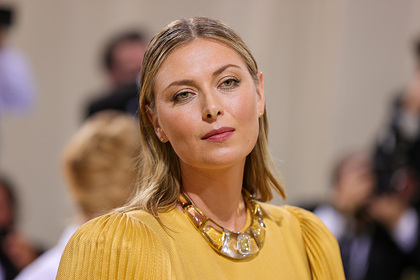 “I was a very young girl, just a teenager, when I got my first big salary by winning Wimbledon, and to be honest, the financial investment industry was very daunting. I appreciated that Public is user-friendly and offers a simplified self-paced learning curve to make investing less intimidating, ”Sharapova said. At the moment, novice investors make up more than 90 percent of users of the platform, which is a direct competitor to Robinhood, another company popular with private investors.

“One of the most important reasons for my investment in Public is the incredible statistic that 40 percent of the app audience is women, which is almost unheard of in this area,” the investor added. In addition, 45 percent of the audience are ethnic minorities.

Maria Sharapova does not disclose the size of her share. In addition to financial participation, Maria Sharapova, as a successful investor and entrepreneur, will share recommendations on the platform and act as an advisor to the recently launched Public.com program for student athletes of the US National Collegiate Athletic Association (NCAA).

< p> Public.com was founded in 2019 by Jannick Malling, who now shares the secretary general position with Leif Abraham. The platform has over a million users. The company says its user base has grown 13x in 2020. Among the startup's major investors are well-known venture capital firms Accel, Greycroft and Lake Star, actor Will Smith, US National Football League player J.J. Watt, skateboarding legend Tony Hawk, and others.

Maria Sharapova ended her sports career in 2020, at the same time she was included in the ranking of the richest women in the United States, who themselves made a fortune. The tennis player was Forbes' highest paid female athlete in the world for 11 straight years, and launched the premium candy brand Sugarpova in 2012 with $ 20 million in sales in 2019. In addition, Maria Sharapova was included in the list of athletes most trusted by Russians.