WSJ: US intelligence reported China's intention to build a naval base in Africa 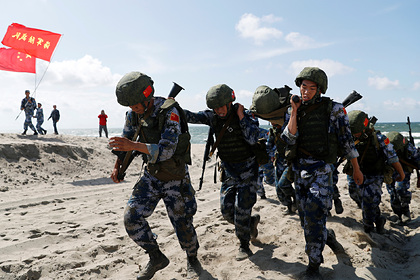 naval base on the Atlantic coast of Africa to rearm and refit ships opposite the east coast of the United States. This is reported by The Wall Street Journal.

The wars for naval domination are a thing of the past. Why are there conflicts in the world over straits and canals? 00: 02 – October 15

A perfect storm. South China Sea. How will the battle for dominance in the region end?

The intelligence said that the alleged base will be located in Equatorial Guinea. Beijing's activity on the Atlantic coast has raised concerns in Washington. “We have made it clear to Equatorial Guinea that certain potential moves related to Chinese activity would raise national security concerns,” said a US administration official.

The White House believes the base will be located in the city of Bata, where China already has a commercial port. Also, the PRC has already built a military base in Djibouti.